M&I Materials would like to congratulate our local athlete Matthew Walker on his impressive bronze medal swim in the 50m freestyle. 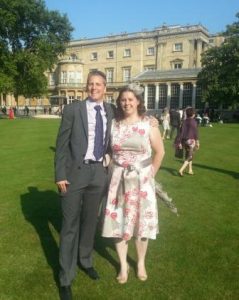 Along with the whole nation, we have been captivated by the 2012 Olympics and in awe of the epic displays of talent, strength and endurance. We were really pleased that, earlier this year, Matthew accepted our offer of sponsorship, and we watched on with pride as he dug deep to secure his medal.

Since 2009, Matt has become World Champion, European Champion and Commonwealth Champion in the 50m freestyle. He was also part of the victorious 4x100m relay team that took gold at Beijing 2008. However, it is his swim in London which is perhaps his biggest triumph to date because it was achieved in the face of such adversity. Sadly, three months earlier his training was disrupted when tragically his father and biggest supporter, Alan Walker, passed away following a battle with cancer.

Speaking to Matthew after the race, he thanked M&I for their support in helping him achieve his goal and said: “I am so proud in getting a bronze medal in a home Paralympics, this is 12th Paralympic medals for me.”

Commenting on Matthew’s achievement, Giles Salt, Managing Director of M&I Materials, said: “Our support helped Matthew in his final training and preparations for London 2012 but it is Matthew’s determination that brought the bronze medal home for his father and Great Britain. We are very proud.”